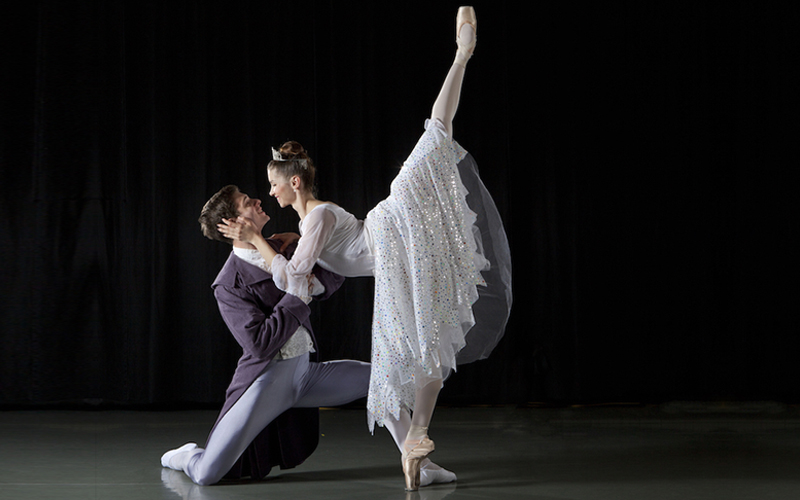 Join us for the opening of our virtual Spring Series!

Choreographed by State Street Ballet’s Founder and Artistic Director Rodney Gustafson, this original and highly acclaimed production of Cinderella is a light-hearted retelling of everyone’s favorite fairy tale. From the hilarious (and Indy Award-winning!) Ugly Stepsisters, to the magic of the Fairy Godmother and the discovery of true love, this delightful performance warms the hearts of audiences of all ages. An entertaining production that has successfully toured across the United States, this classic story of the meaning of true beauty is told through spectacular choreography, Prokofiev’s luscious music, and the excitement of digital animation and opulent sets. A virtual event you won't want to miss!

Filmed on April 9, 2017, at The Granada Theatre in Santa Barbara, CA

Premiering free of charge on State Street Ballet's YouTube channel on February 11 at 7:30pm PST and streaming until the clock strikes midnight on February 17.

We want to extend our sincere appreciation to the Santa Barbara Bowl Foundation and the California Arts Council for their support of this production and the accompanying outreach programs that reached upwards of 6,000 students in Fresno, CA and Santa Barbara, CA.

The Santa Barbara Bowl Foundation works to ensure equal access to arts experiences for our local students, and also repairs and replaces instruments so that all students have the opportunity to learn to play music. The California Arts Council strengthens arts and culture, and uses creative expression to cultivate a better California for all.

We are so honored to partner with The Santa Barbara Bowl Foundation and the California Arts Council to ensure that every child has the opportunity to experience live performance. 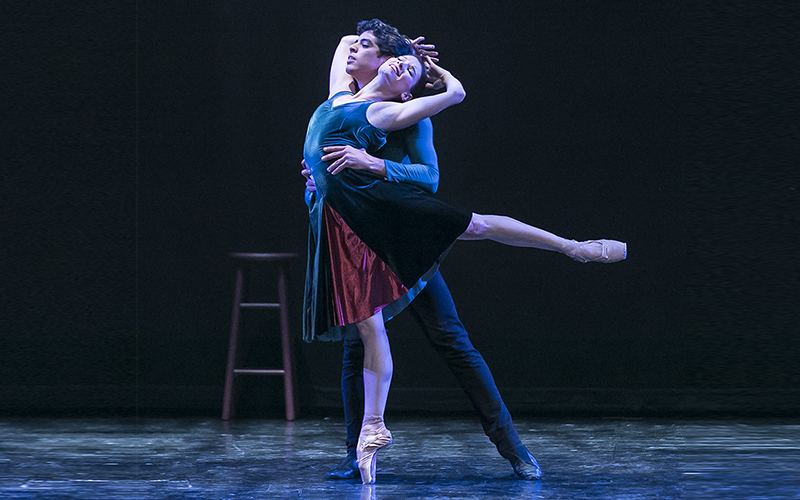 Our wildly popular Ballroom program graces your home theater as part of our virtual Spring Series. A signature State Street Ballet production, Ballroom has been a part of our repertoire for nearly two decades, with new works frequently added in and updates made to classic favorites. It features an incredible selection of music by George Gershwin, Astor Piazzolla, Ella Fitzgerald, Duke Ellington and many more, plus a wonderful variety of dance styles from passionate tangos to luxurious waltzes, and even a little hip-hop. Ballroom has always been a crowd-favorite with its elegant yet edgy style, and the uplifting and soulful charm it brings to audiences of all ages. We hope you enjoy this most recent version of one of our favorite programs!

Premiering free of charge on State Street Ballet's YouTube channel on March 11 at 7:30pm PST and streaming until midnight on March 17.

Our heartfelt appreciation goes out to The Mosher Foundation for their sponsorship of this performance in our 2018-19 Season. The Foundation’s goal is “to truly make a difference” by supporting effective education, healthcare, and performing arts programs in the Santa Barbara area. Supporting our community since 1952, the Foundation has reached this goal time and time again, by partnering with and supporting non-profits who build a healthier community, make a difference through education, and provide high quality arts and culture experiences to all.

We are so honored to have the support of The Mosher Foundation for this Ballroom performance, and are so grateful for the wonderful work they continue to do in our community. 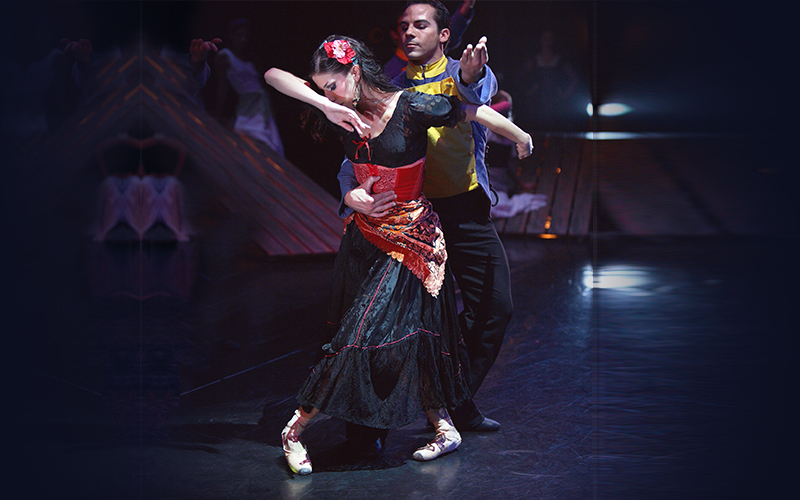 “Beautiful and thought-provoking dance. Not to be missed!” – The National Hispanic Cultural Center, Albuquerque, NM

Co-artistic Director and Resident Choreographer William Soleau is well known for his evocative choreography, detailed storytelling, and powerful depth of expression. Soleau’s Carmen, inspired by Georges Bizet's immortal score, has been an iconic staple in our repertoire since its premiere. The tale of the captivating gypsy and her tragic fate is retold in a contemporary ballet style, against scenic designs that allude to the dusty streets of Sevilla, the moody twilight of a mountain gypsy camp, and the emblematic circle of the Spanish bullring. Soleau’s choreography is rich with symbolism and heartrending moments of pathos, and this production has successfully toured the United States from coast to coast, receiving rave reviews and standing ovations. We look forward to Carmen coming to life again on your screen!

Premiering free of charge on State Street Ballet's YouTube channel on April 8 at 7:30pm PST and streaming until midnight on April 14.

Join us for the Premiere and interactive watch party – April 8 at 7:30pm PST!

The Music Academy of the West is one of the nation’s premiere summer schools and festivals for young, classically-trained musicians. One of Santa Barbara’s finest cultural institutions since 1947, we are proud to have collaborated with them on their production of Carmen in 2014, premiering just months after our performance at The Granada Theatre. Produced in honor of opera great Marilyn Horne, “the quintessential Carmen”, and a celebration of her 80th birthday, State Street Ballet was honored to be involved in this once-in-a-lifetime opportunity.

Following this first collaboration, State Street Ballet went on to perform with the Music Academy of the West in The Bartered Bride in 2016, continuing a partnership as performing artists that we are proud of, and hope to continue. We are grateful to be part of a community that is so rich in arts and culture, and are always thrilled to collaborate with our friends at the Music Academy of the West.